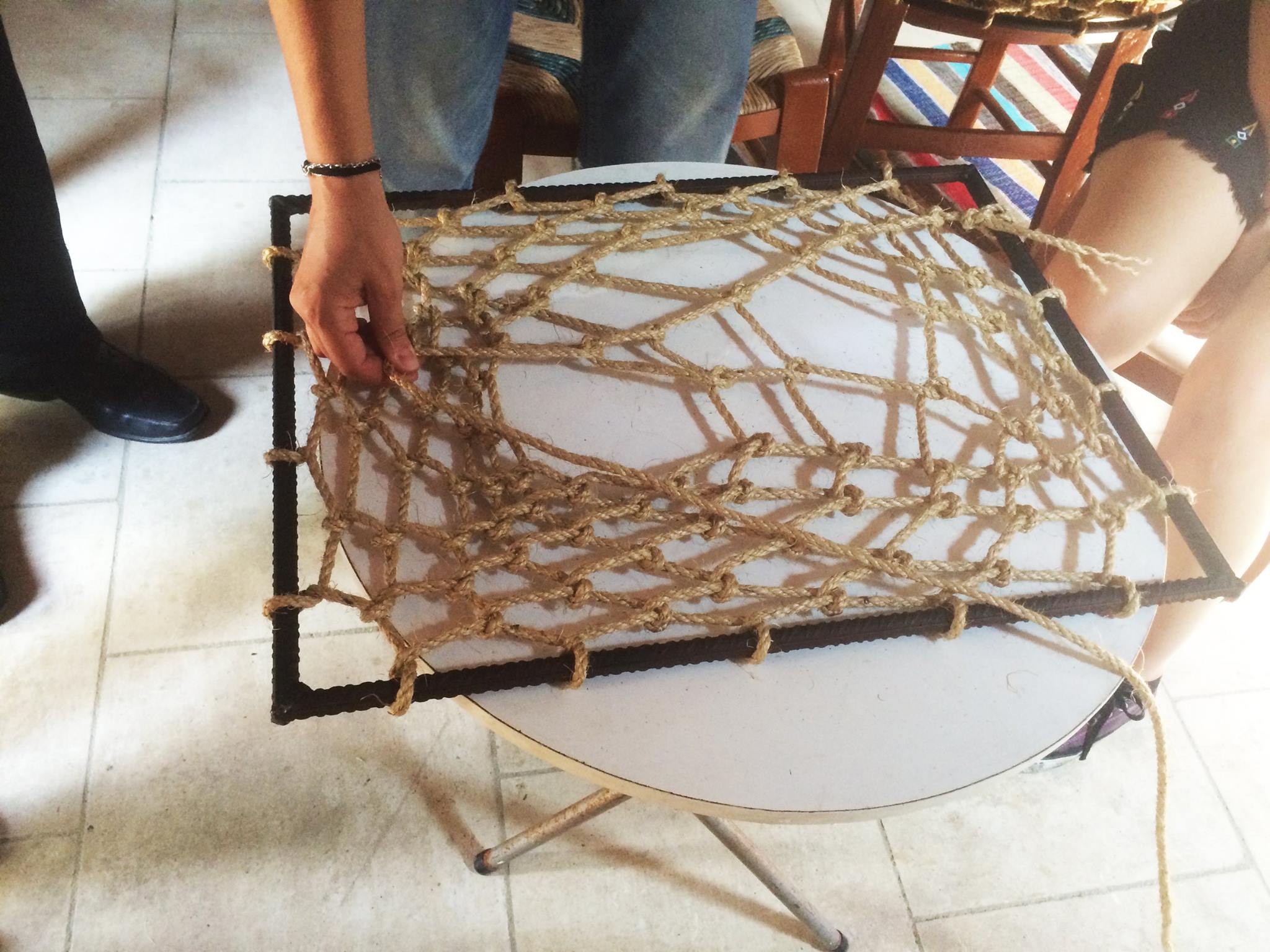 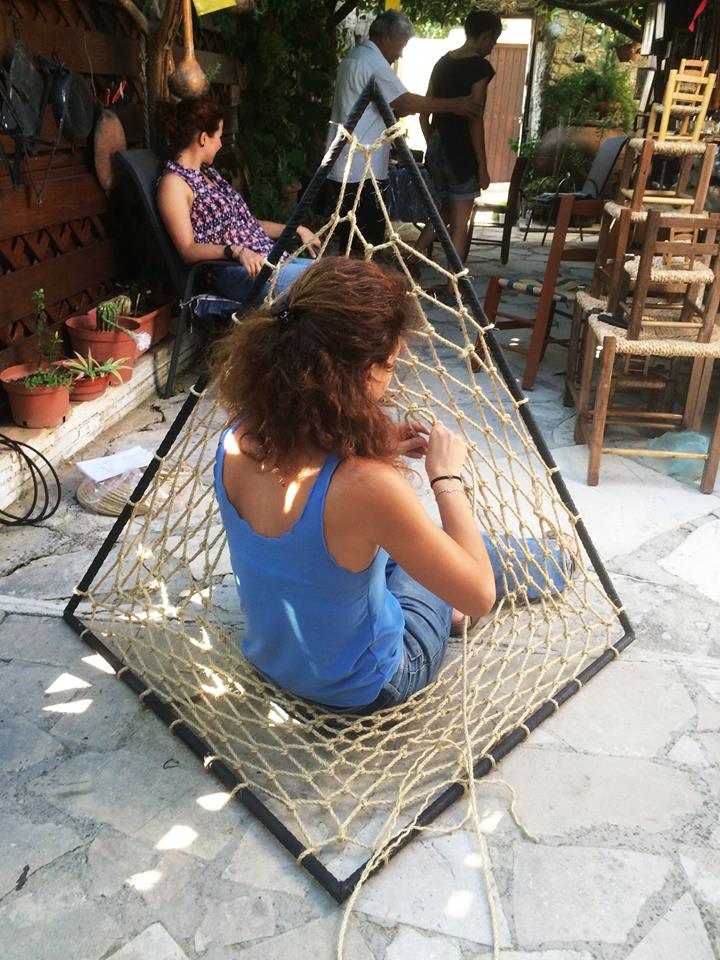 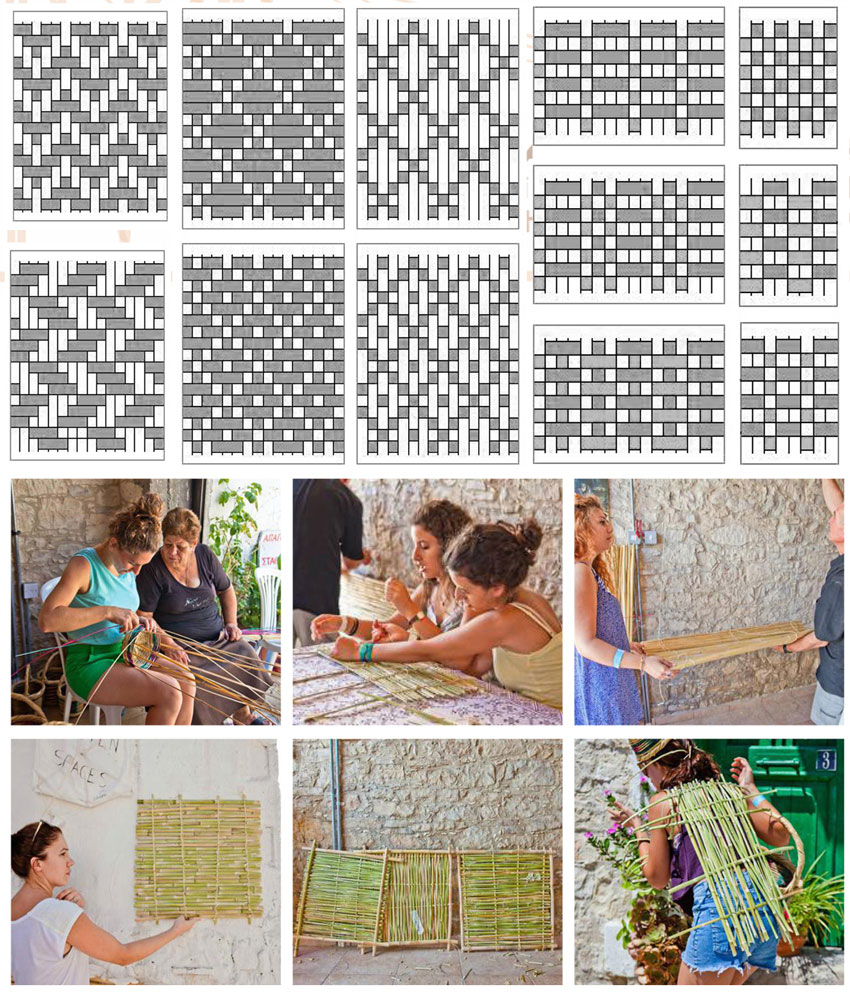 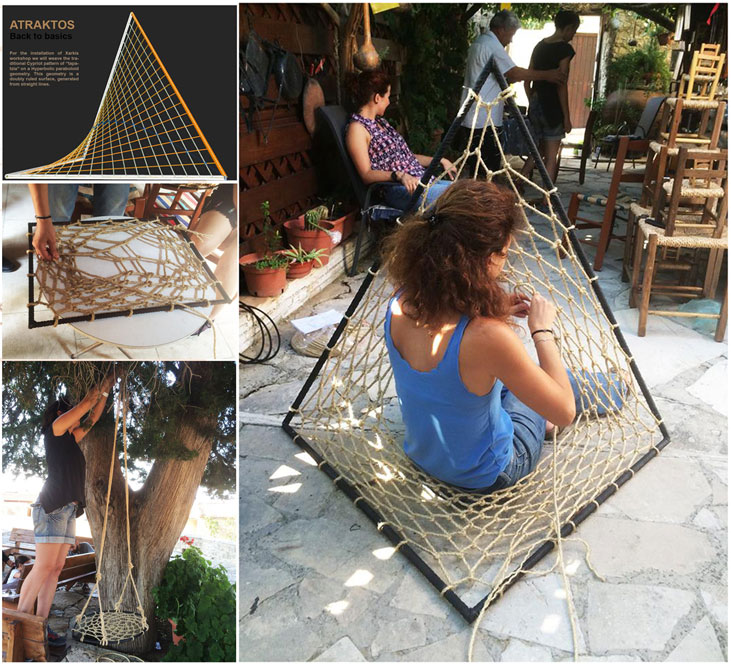 Weaving once played a key role for the culture of Cyprus. Traditional weaving techniques have been used in Cyprus since ancient times.  Weaving techniques of baskets using straw bound and the loom weaving (αργαλειός-) using threads and textiles are  two of the most popular in Cyprus.

Unfortunately the knowledge and craftsmanship of such artifacts are slowly vanishing and replaced by  mass production. It is not economically viable to sustain such traditional craftsmanship hence its  application is not undated and adapted to contemporary needs.

But what if as a young generation could re-introduce, re-invent and re-form the key elements of these techniques into contemporary applications under the scope of addressing mass production with customization and differentiation into the unique needs of users?

As architects and designers, we are highly interested in testing such techniques in relation to the production of space. How could we use such methods  into different uses while reinventing the meaning of our cultural heritage? We strongly believe that we could be surprised with the outcome  produced as well as the resemblances one might find in the structure of such motifs and architecture, structurally speaking.

Aim of the second workshop was the introduction of young designers in traditional weaving techniques with the guidance of local craftsmanship from the village of Lofou under Xarkis festival. The weaving patterns were applied in planar and curvilinear surfaces as derivatives of geometrical shapes of simple polygonal frames and Hyperboloid paraboloids.